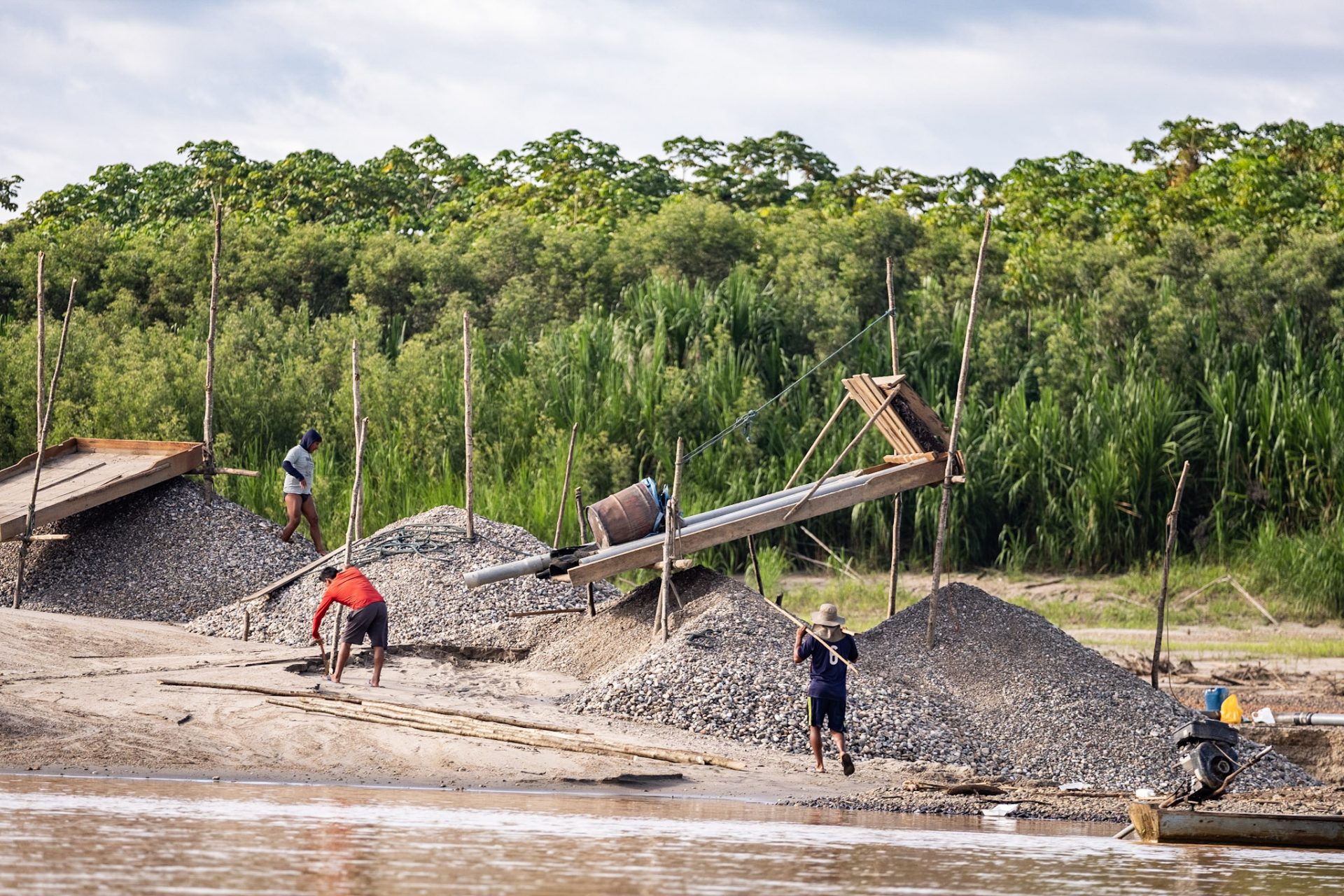 Wake Forest and CEES-affiliated biologists Miles Silman and Luis Fernandez were recently featured on NBC Nightly News and NBC’s Today Show to highlight work by the Center for Amazonian Scientific Innovation (CINCIA) addressing the environmental issues around gold mining in the Peruvian Amazon. The coverage, led by NBC Senior Investigative and Legal Correspondent Cynthia McFadden, took viewers to sites affected by small scale and artisanal gold mining in Peru to show the scale of deforestation caused by the global demand for this precious metal.

Silman, the Andrew Sabin Presidential Chair of Conservation Biology, and Fernandez, a research associate professor in biology, teamed up to establish CINCIA in 2016. Fernandez is also CINCIA’s Executive Director. CINCIA’s work in Peru is funded by USAID, a key project partner.

NBC’s coverage included a long-form article highlighting the actors involved in tackling gold mining; a nearly 7-minute spot on the Today Show, the number one rated morning news show in the US; a hard-hitting segment on NBC Nightly News; and a half-hour video special titled “Paradise Lost.” The coverage was a spectacular highlight of WFU and CINCIA’s work, spotlighting all the scientists and conservation professionals from the US and Peru who are making a difference for the Amazon.

Wake Forest News has also published a Q&A with Silman and Fernandez going behind the scenes of the coverage. “Having a professional communications enterprise like NBC interpret and portray your work, especially in a report like this where they actually show you in the field, it is amazing how important that is for telling the story of what we do, why we do it, why it’s important and how it’s connected to the people that are seeing it,” Fernandez says of the coverage.