At COP26, the world must move from talk to meaningful action

At COP26, the world must move from talk to meaningful action 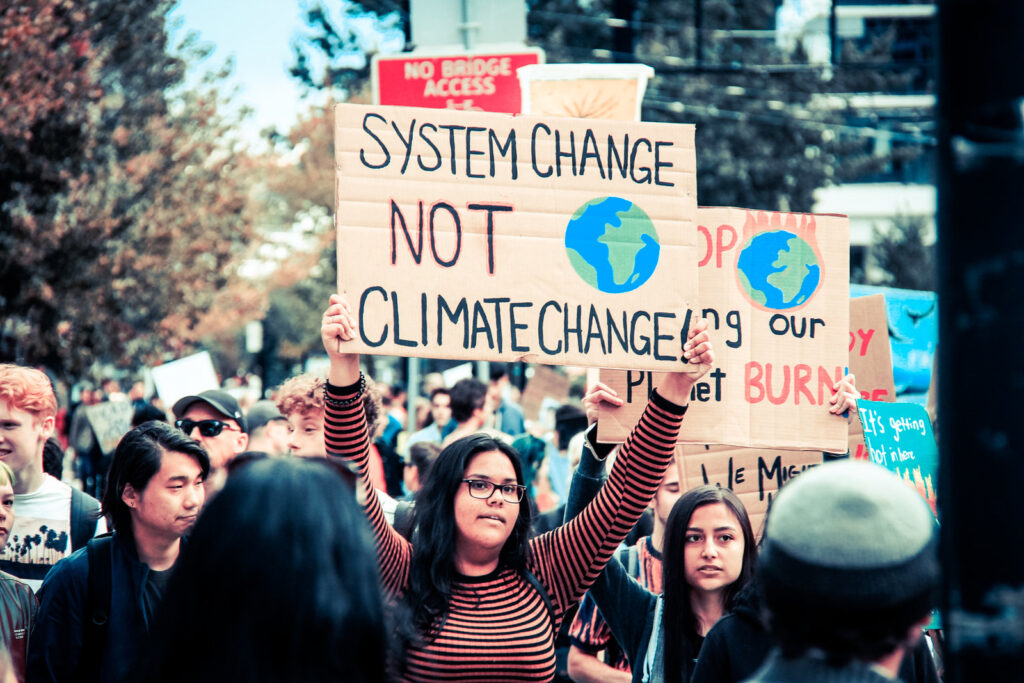 According to the UN Framework Convention on Climate Change, this agreement “for the first time, brings all nations into a common cause to undertake ambitious efforts to combat climate change and adapt to its effects, with enhanced support to assist developing countries to do so. As such, it charts a new course in the global climate effort.” Thus, the Paris Agreement was celebrated around the world as a significant step forward in international climate action.

A 2018 special report released by the Intergovernmental Panel on Climate Change (IPCC) shows that at 2°C of warming, impacts of climate change are predicted to be exponentially worse than at 1.5°C, including the extent of exposure to severe heat, the amount of species loss, and the decline of coral reefs. This report also established the international scientific consensus that in order to uphold the 1.5°C threshold, global emissions need to be net-zero by 2050, meaning that any additional greenhouse gas emissions at that point would need to be balanced by removal from the atmosphere.

In August 2021, the IPCC released an updated report on the state of climate change, reaffirming that we need to undertake “immediate, rapid and large-scale reductions in greenhouse gas emissions” to limit warming to 1.5°C to ensure the best possible future for our planet.

In a statement in response to the release of this report, UN Secretary-General António Guterres stated that it “is a code red for humanity”, emphasizing how close the world is to exceeding the internationally agreed 1.5°C threshold. He called on world leaders to pursue the most ambitious paths forward to cut emissions and drastically change the way energy is produced, including the immediate halt of coal-fired power plant construction and the shift to the use of renewable energy. Guterres also underscores how important the upcoming COP26 conference is for accelerating global action to slow climate change and protect communities on the front lines of the climate crisis.

After being postponed from 2020 to 2021 due to the COVID-19 pandemic, COP26 will be held from October 31 to November 12 in Glasgow, Scotland. One of the most anticipated discussions at COP26 will be revisiting commitments made under the Paris Agreement and reviewing participating countries’ climate action plans to reduce emissions. To adhere to the plan for net-zero emissions by 2050, emissions need to be halved from 2010 levels by 2030 — which means we have just nine years left.. Time is running out to take ambitious climate action to keep 1.5°C of warming in reach and therefore, COP26 is a critical checkpoint to help guide the global community to achieving this vital goal.

COP26 also aims to discuss ways in which the world can work together to build resilience in communities greatly impacted by climate change and assist them in protecting and restoring ecosystems. This will require developed nations to provide funding for these efforts, as they agreed to do under the Paris Agreement.

All of the COP26 goals underscore the need for cooperation between all of us – governments, businesses, and the rest of society – to ensure that the commitments made do not result in empty promises and inaction but instead drive the global transformation we desperately need.

In the lead-up to COP26, Pope Francis took part in the “Faith and Science: Towards COP26” meeting alongside other religious leaders, who together represented almost 75% of the world’s population. The group delivered an appeal to Italian Foreign Minister Luigi Di Maio and Britain’s Alok Sharma, the president of COP26. The appeal states that climate change is a grave threat and stresses that we need to “take speedy, responsible and shared action to safeguard, restore and heal our wounded humanity and the home entrusted to our stewardship”.

This is just one of the many statements stressing the significance of COP26 for the future of the planet and of humanity. In the words of Sir David Attenborough, the COP26 People’s Advocate, “there could not be a more important moment that we should have international agreement … It is crucial that these meetings in Glasgow, COP26, have success, and that at last the nations will come together to solve the crippling problems that the world now faces.”

Global temperatures have already risen by 1.2°C, and without changes, current policies will lead to 2.9°C of warming by the end of the century. Edited climate action plans that were submitted for review pre-COP26 still give us reason to worry — the UN reported in September that these edited plans would lead to only a 12% decrease in emissions, a large departure from the 50% decrease needed. We are hurtling down the road towards a point of no return, a point in time where it will be too late to fix anything. Commitments made at COP26 cannot be “nice speeches … [that] are more or less meaningless but [are just said] in order to have something to say, in order for [the] media to have something to report about”, emphasized Greta Thunberg in an interview with Reuters last month.

We do not have the luxury for superficial speeches about what we need to do to fight climate change as if it is an issue that can be addressed later in the century. Climate change is impacting us here and now, and climate action must reflect this. COP26 cannot be considered a success unless the statements released by world leaders translate immediately into bold, concrete actions that drive forward large-scale systems change over the next nine years to give humans, and other species on the planet, the best chance of survival.

To learn more about COP26 and its importance in the fight against climate change please join CEES on November 2nd at 7 pm in Porter Byrum Welcome Center for a moderated panel discussion featuring Dr. Miles Silman, CEES Director and Professor of Biology and John Knox, former UN Special Rapporteur on Human Rights and the Environment and Professor of International Law, and will be moderated moderated by Justin Catanoso, Professor of Journalism.