By: Justin Catanoso, CEES Affiliate and Board Member; Professor of Journalism at Wake Forest and career journalist with over 30 years experience. This will be Catanoso’s sixth climate summit. 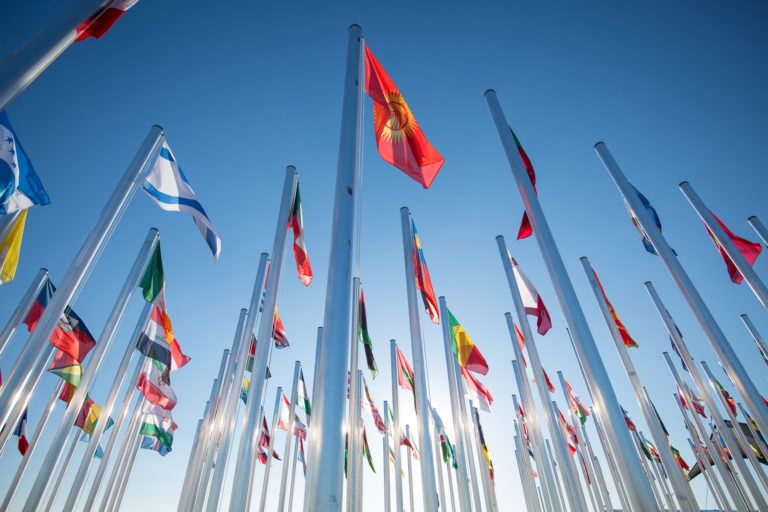 Flags of welcome. Madrid, Spain is host to the 25th annual United Nations Climate Summit (COP25) from December 2-13. The event draws more than 20,000 participants from 196 nations. Madrid had just one month to prepare for the summit after the earlier host, Santiago, Chile, backed out in November because of civil unrest. The event had originally been scheduled for Brazil. Image courtesy of the UNFCCC.

Never have the stakes been higher, nor perhaps planetary politics or nature more unsettled, as participants gather for the annual United Nations Climate Summit. Indicative of a global sense of urgency, the European parliament just last week declared a “climate and environmental emergency,” urging EU countries to commit to net zero greenhouse gas emissions by 2050.

Yet as delegations representing 196 nations gather today for two weeks in Madrid, Spain, for COP25, the Conference of the Parties, observers expect not breakthrough initiatives or pledges of deep new carbon cuts. Rather, negotiators have set a narrow agenda with modest outcome expectations a year prior to the agreed official 2020 implementation of the Paris Agreement.

“This COP is a stepping stone in what has to happen next year,” explained David Waskow, the World Resource Institute’s international climate initiative director, during a teleconference with journalists. “This is a can-do moment at this COP to rally around the multilateral agreements and show we can achieve those ambitious commitments we need by next year.”

But “Wait until next year,” along with the inaction that statement implies, could be the official motto of every COP since Paris 2015, even as global carbon emissions soar to record levels not seen in 3-5 million years, bringing staggeringly high temperatures (the world’s top 5 warmest years on record all occurred since 2014), and raging nature— accelerating sea level rise, worsening ice melt, wildfires, deluge and drought triggering mass migration and famine.

This year’s COP has among its highest priorities the establishment of the rules for creating carbon markets among nations, cities and corporations as a means of incentivizing aggressive emission-reduction strategies in a variety of sectors, including forests — deemed crucial to slowing relentless global warming.

Emission-cutting incentives are clearly needed, but whether those new rules will be effective is another question. In the face of mounting evidence and impacts, the world’s 20 largest economies, accounting for 75 percent of all greenhouse gas emissions, have stubbornly refused to increase their carbon curbing ambitions required under the Paris Agreement. 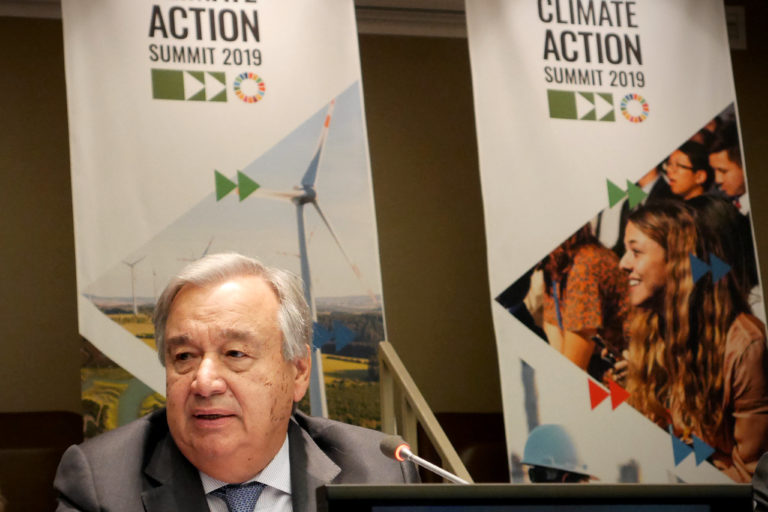 UN General Secretary Antonio Guterres was so disappointed by the outcome of COP24 in Katowice, Poland, in December 2018, that he called a special summit in New York City in September specifically for nations to increase their climate mitigation targets. Some 66 nations did, but they represented only 8 percent of global emissions. The world’s 20 largest economies, and biggest carbon polluters, did not commit to greater climate ambition. Image courtesy of the UNFCCC.

After the failed attempt in New York in September by UN Secretary-General António Guterres to get the world’s major greenhouse gas polluters to commit to bigger emission cuts, COP25 participants are instead largely staking their hopes on a mechanism for creating carbon markets with the goal of placing a price on carbon.

That mechanism? Article 6 of the Paris Agreement — a portion of the Paris rulebook too complex and contentious to finish a year ago at COP24 in Katowice, Poland.

“We all know there is a significant emissions gap between where emissions are headed versus where they need to be to avoid the worst climate impacts,” Kelly Levin, a senior associate with World Resources Institute said in a conference call. “We need to make sure Article 6 aids rather than undermines the ambition of the Paris Agreement.”

Levin’s statement was given greater emphasis by the November 26 release of the UN’s annual Emissions Gap Report. “The summary findings are bleak,” the report said, with emissions increasing too fast in the wrong direction — up 1.5 percent year after year for the past decade. To stay within the estimated “safe limits” of global warming and avoid climate calamity, global emissions must decline dramatically, by 7.6 percent annually between 2020 and 2030. 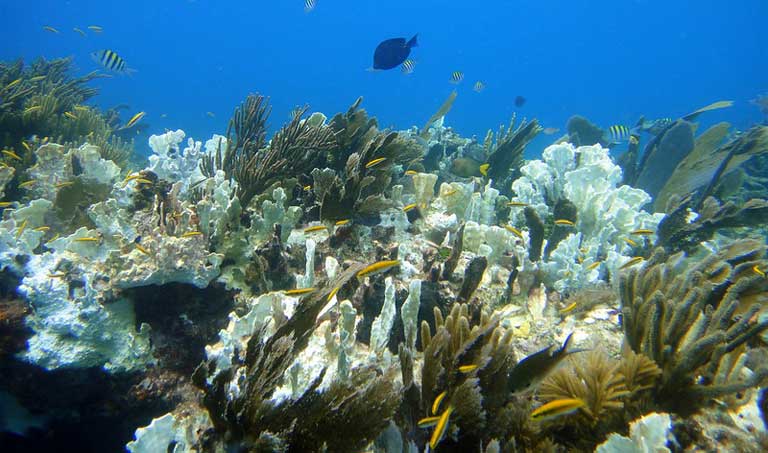 With so little urgency on display among nearly all industrialized nations, slashing emissions at such a high annual rate would require a quick energy policy pivot, and be a longshot at best.

“Failure to heed these warnings and take drastic action to reverse emissions means we will continue to witness deadly and catastrophic heat waves, storms and pollution,” said UN General Secretary Guterres in a statement.

So, can Article 6, with its promise of tapping market forces, do the job? Here’s how it is meant to work: countries with low emissions would be allowed to sell their unused pollution allowance to larger emitters who need more pollution capacity. There would be an overall cap on emissions to ensure a net reduction. Supply and demand for emissions allowances would, ideally, lead to the establishment of a global carbon price that would financially punish those countries that exceed their emission pledges under the Paris Agreement.

What could go wrong? Plenty, according to experts. Accurate carbon accounting is critical. Double counting — with both countries claiming the same reduction credit — must be avoided. Likewise, funded projects that offer carbon offsets (clean-energy development, for example), must be legitimate and effective in actually reducing emissions.

“The rules matter; we can’t afford to lock in carbon market rules that undermine the integrity of the NDCs,” voluntary Nationally Determined Contributions to carbon emissions reductions under Paris, said Kelly Kizzier, an international climate expert with the Environmental Defense Fund. “Viable carbon markets can make considerable increases in ambition possible at no extra cost, but only if we get the rules right.” 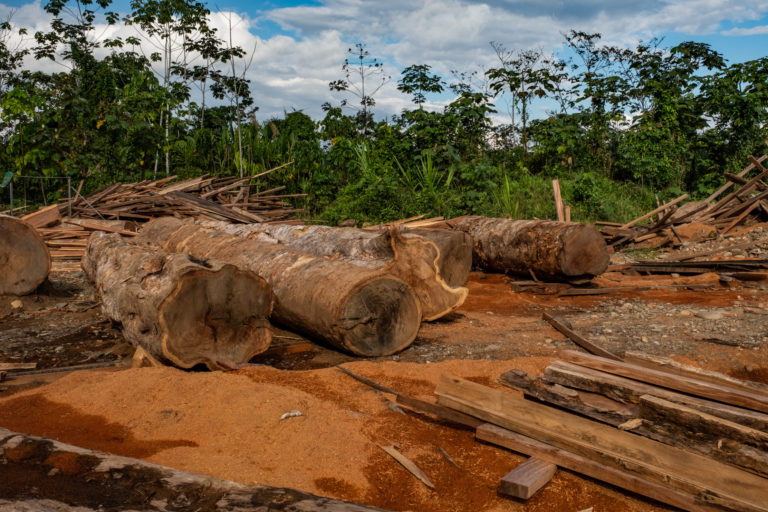 Deforestation, like that shown here in the Peruvian Amazon, is a major contributor to greenhouse gas emissions – more than the entire transportation sector. Despite the Paris Agreement’s specific call for nations to protect tropical forests, trends continue moving in the opposite direction, driven by mining, fossil fuel extraction, agribusiness and development. Image by Jason Houston.

Because deforestation is among the largest contributors to greenhouse gas emissions after energy generation, you might logically think that negotiators working on Article 6 would make it financially attractive — and a high priority — to invest in conserving forests and promoting reforestation, thus protecting valuable carbon sinks. They haven’t, yet.

Forests aren’t being ignored, Levin said, but added: “There hasn’t been a particular [land] sector conversation about this. There are so many more, higher level, contentious issues around the broader issues of environmental integrity, that there hasn’t been the specificity around the role of forests.”

Asked if a valuable opportunity is being thus far overlooked, Lina Barrera, a climate policy expert with Conservation International, told Mongabay: “Yes, absolutely. More than that, we know we cannot meet the objectives of the Paris Agreement without nature. If we were going to stop using fossil fuels right now and continue emitting from the land sector, we will not reach the goals of Paris,” holding temperature rise to 1.5 degrees Celsius (2.7 degrees Fahrenheit) by 2100 over a 1900 baseline; a 1 degree Celsius (1.8 degree Fahrenheit) rise has already occurred.

Not surprisingly, international politics is at the heart of the impasse. And Brazil — led by a government actively hostile to the protection of the Amazon, the world’s largest and most important rainforest — is a primary obstacle.

Rishi Bhandary, a fellow at the climate policy lab at Tufts University, told Mongabay that Brazil “has been extremely opposed” to forests being included in Article 6 and especially opposes “an explicit link between Article 6 and REDD+.” REDD+ is an existing policy for “reducing emissions from deforestation and degradation” by paying tropical countries to keep forests standing.

Brazil has received significant REDD+ funds, primarily from Norway, with the goal of protecting large swaths of rainforest. Yet Norway has taken no carbon offsets in return, to date. And monitoring Brazil’s REDD+ compliance has been sketchy at best, Bhandary explained. But all that is in the past. Under President Jair Bolsonaro, who took office last January, Brazil is loath to see the greater scrutiny and accountability that would be required under Article 6. Bolsonaro is also extremely hostile toward environmental NGOs, often the recipients of REDD+ project funding.

“I don’t think countries have a leg to stand on by arguing that certain sectors, especially forests, should be excluded from Article 6,” Bhandary said.

If Article 6, a top priority of Madrid’s COP25, does not clearly define incentives to fight deforestation, a leading cause of climate change, that could undermine investor confidence in carbon trading’s effectiveness, warned Bhandary. An Article 6 forest conservation loophole would also diminish the viability of the Paris Agreement, he added, at a time when new incentives are needed most to promote climate change curbing ambition. 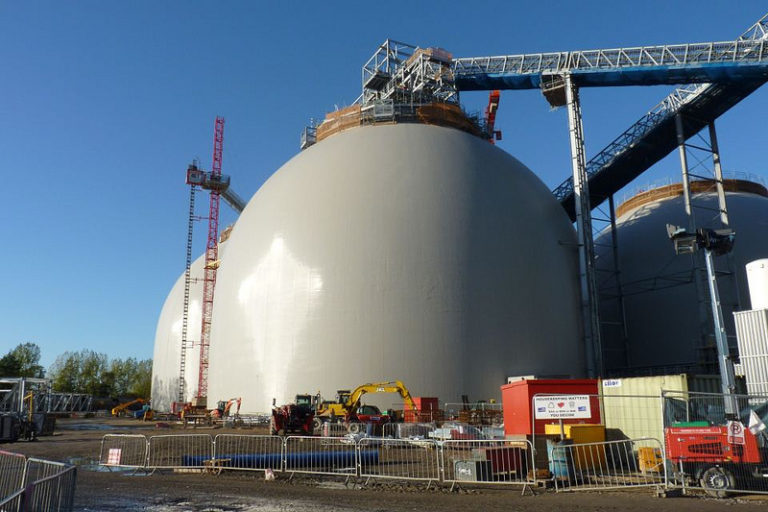 One of the largest users of woody biomass for energy production, the Drax power stations in the United Kingdom. The UK has nearly eliminated burning coal for energy, cutting its official United Nations IPCC emissions, but is ramping up its burning of woody biomass, a carbon intensive energy source. Photo credit: DECCgovuk on VisualHunt / CC BY-ND.

In an instance of what critics see as deep irony, European Union delegates say their biggest concern in getting Article 6 rules right is making sure carbon accounting is accurate. This from a confederation with a Renewable Energy Directive that embraces the UN’s controversial carbon accounting loophole — allowing the industrial burning of wood pellets, or biomass, to be counted as a renewable energy source on par with solar and wind.

Under this standard, carbon emissions produced by biomass burning are counted as zero, and do not exist for UN carbon accounting purposes. On paper, countries like the United Kingdom, Denmark and Belgium now report biomass-related emission reductions of 10-30 percent when in fact their emissions have increased — an even greater irony now, say experts, given the EU’s “climate emergency” declaration last month.

A decade of scientific studies, and a letter from nearly 800 EU scientists earlier this year, have established that the burning of wood pellets at former coal-fired power plants creates more emissions than coal. In addition, the claimed emission offset achieved by planting new trees to soak up the carbon released from those just burned, takes decades if not centuries for real carbon neutrality — time humanity clearly doesn’t have, scientists concluded.

“If you had to come up with one idea to really undermine the progress in climate mitigation, you can’t do better than cutting down forests and burning them,” said scientist Mary Booth, director of the Partnership for Policy Integrity in the U.S., and a leading biomass accounting expert.

COP25’s success will likely be judged on the integrity of the final rules it establishes to fully implement the Paris Agreement in 2020; but the possible neglect by negotiators of forest incentives under Article 6, and of the biomass carbon accounting loophole, doesn’t bode well. No surprise there, considering past climate summit sidestepping. What would be new is evidence of the political will needed for aggressive climate policies.

“We’re already late in taking the actions we need to take,” Conservation International’s Barrera said. “And the longer we delay in all the rules for [Paris] implementation, we’re basically putting ourselves and the planet at risk. There is no time left to delay.”

Banner image: The loss of global forests not only deprives us of carbon sinks, but also biodiversity. Image by Rhett A. Butler / Mongabay.

Justin Catanoso, a professor of journalism at Wake Forest University in North Carolina, covers climate change and climate policy for Mongabay; this is his sixth UN climate summit. Follow him on Twitter @jcatanoso.

This article was originally posted on Mongabay. You can find it here.