On Wednesday, February 1, the Wake Forest Center for Energy, Environment, and Sustainability (CEES) and the Biology Department aided Pilot Mountain State Park (PMSP) officials in a 130-acre prescribed burn as a part of an ongoing partnership to support protected areas.

Prescribed burns use low-intensity fire to achieve forest-management objectives in ecosystems that evolved with recurring fires and are thus dependent on controlled blazes for maintenance. These burns also limit the amount of dead wood and other natural fuels on the forest floor. 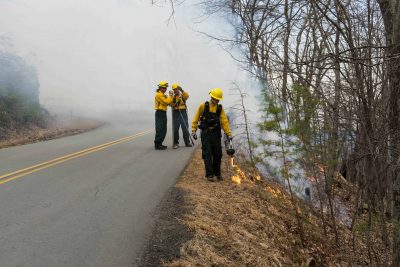 Led by PMSP Superintendent, Matt Windsor, a team of 15 individuals from engage in a prescribed burn on February 1.

“The return of fire to an ecosystem is vital to the plant and animal communities that rely on fire for existence. For example, several tree species in the park, such as the table mountain pine and bear oak, are fire-adapted, regionally uncommon, and need fire to survive,” Jared Beaver, Wake Forest biology undergraduate student (’08) and soon-to-be Texas A&M University PhD, said. “From an ecosystem health standpoint, fire is an extremely important tool to reintroduce,” Beaver said. 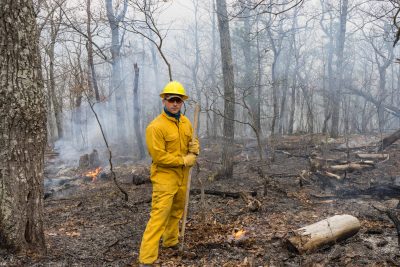 The burn occurred between the hours of 11 a.m. and 4 p.m. and was led by PMSP Superintendent Matt Windsor.

Throughout the prescribed burn, Max Messinger, Wake Forest alumnus, founder of Linn Aerospace and director of the CEES-funded Small Unmanned Aerial Systems Lab, led a team flying two drones over the site. One drone held an advanced thermal imager—which measures differences in temperature on the electromagnetic spectrum—and the other drone held a high-resolution camera.

During the burn, a live video feed from the drone allowed Messinger’s team and PMSP officials to view the fire in real time and better understand how fire propagates. The drones also monitored the fire line, tracked the 15-person fire team on the ground, and identified hotspots to aid in the control of the burn. 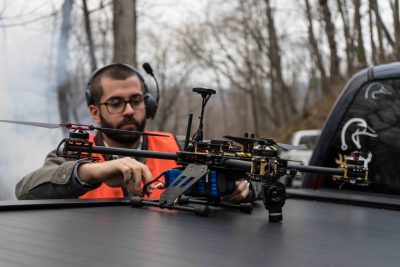 Messinger led a team flying two drones over the site. One drone held an advanced thermal imager—which measures differences in temperature on the electromagnetic spectrum—and the other drone held a high-resolution camera.

“With the drone footage, we are able to provide additional information to Pilot Mountain park officials on the ground setting the fire that was previously unavailable to them,” Messinger said.

In addition to assisting with the prescribed burn, Wake Forest is teaming with PMSP officials to conduct a deer and large mammal population survey to monitor the effects of white-tail deer populations on Piedmont ecosystems. In previous years, CEES has worked with park officials to provide aerial images used for park mapping.

“The Pilot Mountain State Park officials are tremendous to work with and we look forward to future projects and collaboration,” Beaver said. 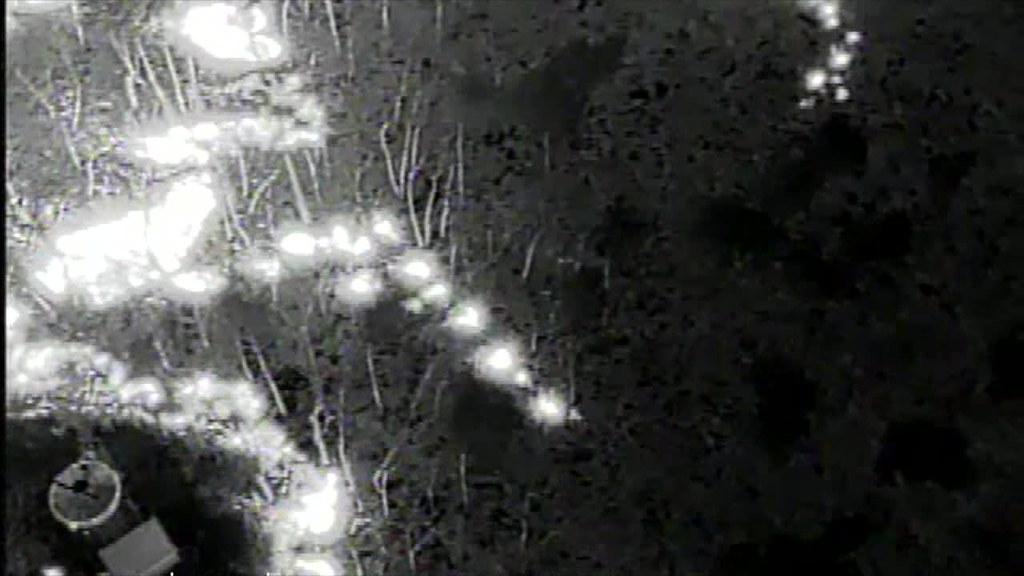