“For climate change, the future is already here, it’s not just something that’s going to happen a couple of generations in the future,” John Knox, professor of law, said at a CEES policy panel exploring energy, environment, and climate policy under the Trump Administration on January 17. 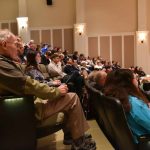 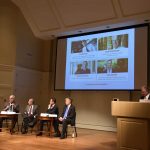 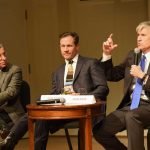 During the panel, Shapiro touched on proposed legislation, such as the REINS Act, that would prevent government agencies from protecting people and the environment, particularly from the impacts of climate change.

“The proponents of the legislation claim it will increase government accountability, but the likely impact is that it will prevent government from acting,” Shapiro said.

Audience members also learned more about climate change, the vulnerability of Obama’s domestic strategies for fighting climate change, and the U.S. position in the Paris Agreement.

View photos from the event and watch the full recording. Additional coverage from the Old Gold & Black can be found here.