Improving Human Rights and the Environment

Improving Human Rights and the Environment 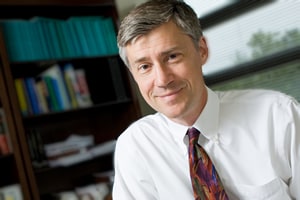 Human rights and the environment are inter-connected, Knox explained, because people have rights to life, health, food, water and sanitation, which can be compromised when the environment is not protected.

To further illustrate the need, Knox posed a scenario of a population that depends on a body of water for their livelihood.  Should that body of water become polluted to the point of unusability, their human rights could potentially be violated. It is in this type of scenario that Knox will help countries better understand the impact of environmental policies on human rights (and vice versa) by compiling reports, facilitating consultations, and bringing people together in countries around the world to improve human rights and the environment.

Knox believes there is an overwhelming amount of worldwide support for this initiative to protect human rights and the environment. His first report to the Human Rights Council will be presented in March 2013.

Knox emphasized that this project will have many opportunities to involve Wake Forest students, faculty and the Center for Energy, Environment, and Sustainability (CEES). He says that this is a “truly interdisciplinary project that falls right in line with Wake’s motto, Pro Humanitate.” Opportunities include building and maintaining a website, translating reports into various languages (especially French and Spanish), assisting with research, planning and attending conferences, and many others. If you would like to be involved in any of these projects, please contact John Knox via email at knoxjh [at] wfu.edu.