Dr. Stuart Hart believes that now is the time to capitalize on sustainability.

“I think people increasingly feel in their gut that something fundamental is going on and we’re in the midst of one of those periods of time when everything changes,” said Dr. Hart speaking to a crowd gathered at Wake Forest’s Kulynych auditorium Monday February 13th. “We are going to witness a fundamental transition and it carries with it enormous business opportunities.”

Hart is the founder of the Center for Sustainable Global Enterprise at Cornell University. and a professor of management at Cornell’s Johnson Graduate School of Management. Hart believes the current global economic climate presents an incredible business opportunity–a chance to meet the demands of a growing population with new technology that meets  the most basic needs.

Sustainability should be more than just a business buzz word, says Hart.  It’s not just about government policies and non-profit donations; sustainability needs to be part of the innovation that drives the marketplace.

“For the environmental side of things, we’ve relied on regulation and that hasn’t worked very well. When it comes to the social challenges we’ve relied on philanthropy,” said Hart. “While there’s been some small wins on both fronts, neither have produced the results we want to see or need.”

Creating environmental business strategies that solve problems can be successful and profitable. But, these new innovations need to penetrate the mass market in order to be sustainable.  “There is more clean technology in the world than we know what to do with,” he said. “It’s about getting that technology to the people who need it the most.”

That means focusing on what Hart calls the “base of the economic pyramid” or the world’s 4.5 billion poor and underserved.

“This is the breeding  ground for tomorrow’s globally competitive corporation,” he said. “We need more imagination for how we try to think about commercializing it.  Rather than just thinking about clean technology as something for the rich which then it trickles down, let’s flip that thinking and imagine that we start from the bottom up.”

Beginning at the base of the pyramid means there is less resistance and fewer obstacles than in a more established infrastructure especially when you are dealing with new technologies.

“If it changes or somehow if it feels different then we resist it.  In the developing world, you don’t have that so much, especially if the solution is viewed as a huge improvement in people’s lives.”

Marketing is a key component to sustainability in enterprise, and Hart sees no better opportunity than the base of the economic pyramid.

“It’s in exactly the places where people have the least expendable resources where the biggest opportunities for these technologies might be, precisely because they are [currently] so badly served,” he said.

“It has to be done as an act of co-creation,” said Hart. “The way you do that is to come forward with potential.”

That means business leaders engaging these communities with technological innovations and asking  how they can work together to adapt their innovation to better help the underserved.  As Hart says, if businesses want to continue to compete, they need to adapt.  That’s sustainable enterprise.

“Nature doesn’t do bailouts,” he said. “there’s no option here, we have to live with what we’ve got.” 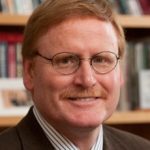 Dr. Hart has published more than 70 papers and authored or edited seven books. He helped launch the corporate sustainability movement with his 1997 article, “Beyond Greening: Strategies for a Sustainable World.” The article also won the McKinsey Award for Best Article in Harvard Business Review.

For more information on Dr. Hart, please visit his bio and his blog, “Voice of the Planet”.