CEES Board Member Emily Wakild publishes a new book this fall that takes a closer look at the creation of Mexico’s national park system. The system’s history provides a unique opportunity to study how government and social forces can contribute to the idea of modern-day sustainability.

“This social policy became a way of incorporating people in the government that had never been included,” said Wakild. “Women, people of mixed race, and peasants were all incorporated with policies that protected them and gave them opportunities.”

Between 1910 and 1920, Mexicans rose up and overthrew the dictator Porfirio Díaz which led to the country’s revolution and civil war. By 1930, Mexicans, weary from war, created a new constitution with new social policies. These policies were similar to the New Deal in the United States. Included was an unparalleled land reform program that broke up large estates and gave them to people who could live and work off the land.  “This made peasants and rural people the figurehead of the revolution. It elevated them and gave them opportunities they hadn’t had before,” said Wakild.

A corollary of that land reform program also created the system of national parks. By 1940, Mexico had forty national parks that protected more than two million acres of land. 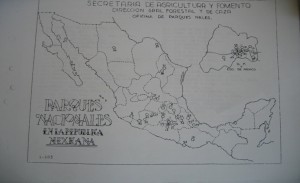 This map of Mexico’s parks was produced around 1940

Today studying the park system and its creation provides a distinctive opportunity for research. It is challenging for scholars to explain the converging political, social and conservation forces that built the country’s parks.  “The elevation of humanity took place in conjunction with respect to the environment,” said Wakild. “That’s the uniqueness of studying Mexico’s national park system.  The country created it while protecting the environment and providing tools for people who needed them.” 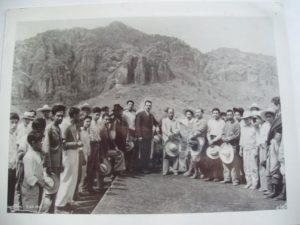 It is clear that park planners in the early 20th century saw the parks as a tool for positive social change.  “They had a vision that social justice could only be realized with careful stewardship of the environment.  If you exploited the land, you would exploit the people that work on it,” said Wakild. “It was a vision that didn’t put environment in one corner and society in another. It integrated all aspects with humanity and the natural world. Today we call that sustainability.”

Modern society needs to learn from that history says Wakild, who is a CEES board member. “We see sustainability in unexpected places. I don’t think we should continue to look at the usual suspects. Examining lesser developed countries can provide the very insights that lead to a more sustainable life.  We should look at those opportunities. Looking at the past gives us the ideas of what the future can be.”

Around the world, the current picture of the environment tends to be bleak. We are bombarded with stories of decay and environmental destruction. That’s why Wakild finds her research empowering. “We have very present views of the environment that tend to be catastrophic and it seems as if everything is falling apart. You run into these narratives of decline and I think if we look deeper, we see people throughout history not unlike ourselves that felt similarly and looked at the world around them and did things about them,” she said.  Studying them creates this opening of hope that we can find in an unexpected place.” 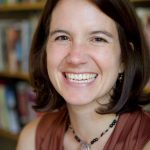 A native of the U.S. West, Wakild has been studying Latin America and Mexican parks since her graduate school work at the University of Arizona. She is currently an Assistant Professor of History at Wake where she teaches on Latin American and Environmental History. Her book is available this October.  For her next project, she plans to expand her study of parks into South America. 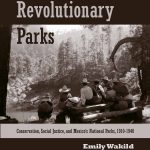